Where Does Kratom Come From?

Kratom is an herb that has become popular in recent times. Most people had never heard of it in the past until just recently. It is an old remedy that has been used in South East Asia for quite some time. Kratom has finally made a comeback as more research is conducted on it. Even though more research is needed, it is being sold in different parts of the globe. There is a huge demand for Kratom in the United States and Europe. However, you might be wondering where does Kratom even come from? This post will help answer that question?

Where Does Kratom Originate From?

Although the origin of Kratom might not be fully known, it is a plant that is native to South East Asia. It has been used in the region for many centuries by the native cultures. Kratom was used by tribal societies as a mild stimulant by simply chewing the leaves of the plant. Thus, in a functional sense, it is similar to Coca. It is popular due to the fact that it has properties that boost sexual potency, energy levels, and appetite. Kratom was brewed as a tea, smoked, or eaten raw by the native tribes. It was also used as a poultice to treat various wounds. In the past, the Kratom tree was mostly used by field workers and labors who worked demanding jobs.

One of the most interesting aspects of Kratom is that it behaved like an opiate when consumed in larger doses and a stimulant in lower doses. Although Kratom does not have any opiate substances, it contains substances which are similar to opium chemically. It is due to the chemical similarity to opium that Kratom was used for treating opioid addiction as it bonded with the opioid receptors of the brain in a similar manner. Traditionally, Kratom has never been used for causing death or a serious issue. However, when a substance is not properly regulated, it leads to negative consequences. Kratom has been used as an opium substitute since the 19th century. It was used by the locals as a substitute to opium which was difficult to afford and unavailable most of the time. Natives used Kratom to wean their opium addiction. Research by Western scientists has revealed that Kratom contains an active ingredient that behaves just like an opioid. It is known as Mitragynine and is a complex alkaloid that has milder side effects.

Kratom has been used as a medicine in South East Asia. It was used for treating a wide range of ailments such as diabetes and diarrhea. Moreover, the use of Kratom played a central role in many traditional festivals. Even though the selling and buying of Kratom remains mostly illegal in the region, it is used by rural communities across Malaysia and Thailand.

Where to Buy Kratom?

Kratom can be purchased online. Since there are many online vendors that offer Kratom, it is important that choose one that offers premium Bali Kratom. It will help ensure that you do not experience negative side effects. 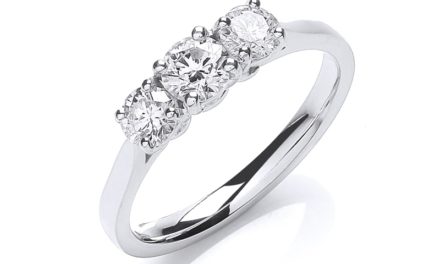 Why is the 3-stone engagement ring the best choice?